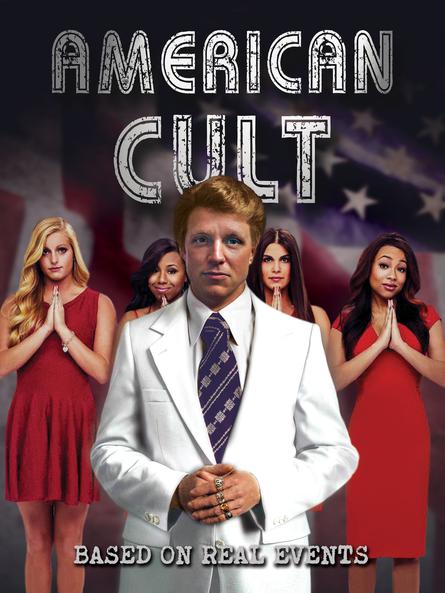 AMERICAN CULT is based on real events that tells the story of Elisha Brighton and Aaron Westlund, two young people raised in a world of religious manipulation and mind control.

Elisha is a beautiful high school senior whose future in life looks bright and promising. However, what her classmates don’t know is that Elisha’s family is part of a Christian based religious “cult.” This world is all that they have known and when Elisha begins to question the church elders, she is humiliated and disassociated from her church, and then abandoned by her family.

Elisha finds hope in a new church where she meets and marries the “man of her dreams,” only to discover that the hypocrisy, faithlessness and demonic visions she thought she had escaped have stayed with her and grown more powerful.

Aaron is a troubled young man with a violent streak that he can’t seem to control. Aaron’s family is from a different Christian based cult and although Aaron has seen through the hypocrisy of his “church,” he lacks the ability to understand his rage and remains in a state of spiritual, mental and emotional imprisonment. Aaron hopes to find peace so as to better care for the young wife he loves and their unborn child. Aaron finds that life deals him unbearable pain and loss before he ever finds any peace.

Elisha and Aaron begin lonely journeys through hell on earth, a roller coaster ride of spiritual and psychological terror in which they struggle to overcome religious hypocrites and demons, both real and perceived.